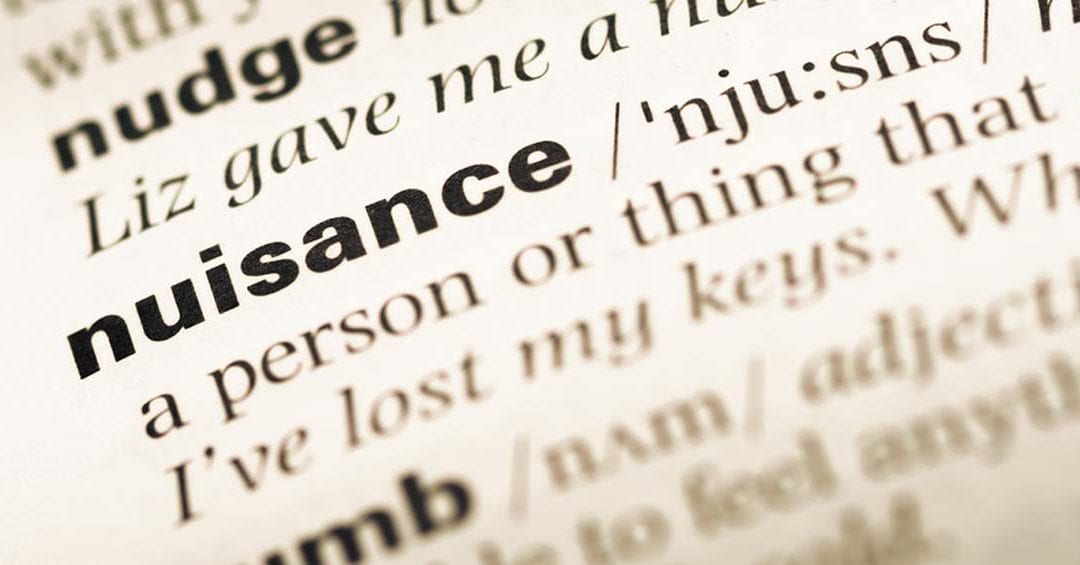 Can the law of private nuisance be used to protect a homeowner’s right to privacy?

The answer to this is “Yes”.  At least this was the answer given by the judge in the case concerning claimants who live in quasi-goldfish bowls built a few metres from the viewing platform at Tate Modern (Fearn, 2018).

In this claim, a group of residents went to court to get an injunction.  They wanted to stop visitors to the viewing gallery from being able to look into their newly built flats.  Large parts of their living accommodation were open to view by the public, since their flats were significantly constructed with glass walls and facings.

Visitors to the viewing gallery substantially interfered with the claimants’ use and enjoyment of their properties.  They did this by staring at the occupants, by taking photographs (some of which were placed on-line) and even by making obscene gestures.

The claim in privacy under the Human Rights Act 1998 failed.

However, the judge went on to decide that he could give effect to the Human Rights Act 1998 and Article 8 of the Convention by developing the law of nuisance to extend to the protection of privacy rights from overlooking.

Mann J. decided that he could develop the common law to reflect modern circumstances since it was not strictly necessary in every case of nuisance that there should be some emanation from land.  In any event, the spectators’ gazing from the viewing gallery could be considered analogous to an emanation from land.

The judge then had to consider whether, given the locality, there had been an unreasonable use of the land by Tate Modern.

The locality, he held, was one which held a significant amount of tourist activity (tourists making up many of the visitors to the viewing gallery).

On the other hand, the use of glass walls by the claimants also had to be placed into a standard ‘reciprocity’ inquiry as to the use and enjoyment of two sides’ land-uses.

The judge drew on Robinson (1889) in this context.  This was a case in which the claimants were operating a particularly sensitive property, with the result that they had brought much of the exposure on themselves.  Mann J. decided that there was no nuisance.

The judge’s decision represents an incremental development of the law of private nuisance so as to reflect modern circumstances.

One could even say that his incremental development was done conservatively.  It is correct, as a matter of principle, that a hypersensitive claimant should not be able to complain of a breach of the principles relevant where there has been an ‘intangible’ interference.

The courts have been led astray by the analysis in Network Rail (2004).  For the reasons set out elsewhere in this website, that should be considered a case about direct physical damage to land (albeit the recording of electrical soundwaves).

It is correct that in cases where there has been direct physical damage to land, a claimant must take the defendant as it finds it.  It is also well-established that foreseeability is important in such cases.

In cases of ‘sensible personal discomfort’, on the other hand, these considerations do not have a place.  Entirely different principles apply.  In particular, the threshold at which a claimant should be allowed to complain about a nuisance has always been relatively high.  It is a ‘robust’ standard.

It is indeed gratifying to see that the judge did not consider the principle of Robinson (1889) to have been overruled by Network Rail (2004), even though Robinson itself was wrongly decided.  Robinson was another case about physical damage, albeit to a chattel.

The overriding principle in cases of ‘sensible personal discomfort’ is that which is to be derived from Walter (1851).  A claimant must have a suitably robust standard of tolerance.

This website uses cookies to improve your experience while you navigate through the website. Out of these cookies, the cookies that are categorized as necessary are stored on your browser as they are essential for the working of basic functionalities of the website. We also use third-party cookies that help us analyze and understand how you use this website. These cookies will be stored in your browser only with your consent. You also have the option to opt-out of these cookies. But opting out of some of these cookies may have an effect on your browsing experience.
Necessary Always Enabled
Necessary cookies are absolutely essential for the website to function properly. This category only includes cookies that ensures basic functionalities and security features of the website. These cookies do not store any personal information.
Non-necessary
Any cookies that may not be particularly necessary for the website to function and is used specifically to collect user personal data via analytics, ads, other embedded contents are termed as non-necessary cookies. It is mandatory to procure user consent prior to running these cookies on your website.
SAVE & ACCEPT