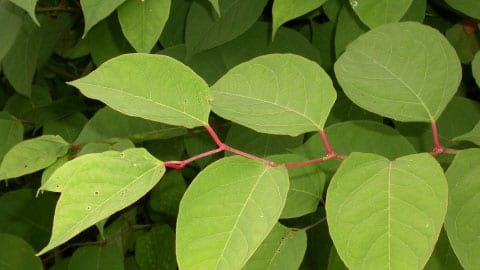 What are the rights and remedies for a claimant who is affected by Japanese Knotweed emanating from neighbouring land?

Network Rail (2019) provides the answers to these issues.  Much of the case is concerned with the trial judge’s decision, but it is more fruitful to go straight to the court’s answers.

Some of the Court of Appeal’s additional conclusions are also of interest.  These concern (i) a correct modern approach to the law of nuisance, (ii) whether a projection into airspace is a trespass or a nuisance, (iii) injunctive relief, (iv) damages.

(1) “the mere presence of its rhizomes imposes an immediate burden on the owner of the land in terms of an increased difficulty in the ability to develop, and in the cost of developing the land, should the owner wish to do so”. This demonstrates the court’s willingness to take a wide of view as to what constitutes ‘damage’ in private nuisance. As the judge said, “what is relevant is the objective effect on the amenity value of the land itself, and it is that effect which satisfies any requirement there may be to show damage”.

(2) Japanese Knotweed should therefore be considered a “natural hazard” and subject to the general principles relevant to the measured (Leakey) duty of care (i.e. a ‘category 2’ nuisance as recognised by this website).

(3) A mandatory quia timet injunction should be available where the probability and likely gravity of damage justify such an order. The requirement of proof of imminent physical injury or harm is too prescriptive.

(4) There is no reason in principle why a final mandatory injunction should not be granted where the amenity value of land is diminished by the presence of roots even though there has not yet been any damage.

(5) Damages can be awarded in respect of residual diminution in market value even after treatment of Japanese Knotweed. This award reflects the possibility of future return of the knotweed despite treatment.

As to the modern approach to private nuisance, the Court warned against an over-reliance on rigid categorisation according to old individualised cases.  In particular, “the concept of damage in this context is a highly elastic one”. The main interest of the court was in the interpretation of damage (as it was in Delaware Mansions (2002)) (see (1) above).  The fundamental basis of the law of nuisance is the protection of property rights.

Finally, the Court of Appeal decided that Kelsen (1957) was decided per incuriam.  That case concerned an advertising hoarding projecting into the airspace of adjoining land.  The court in Kelsen decided that the facts of the case amounted to a trespass and not a nuisance (a trespass does not require proof of damage).  The effect of the judgment of the Court of Appeal is only to cast doubt on this earlier decision.

Any cookies that may not be particularly necessary for the website to function and is used specifically to collect user personal data via analytics, ads, other embedded contents are termed as non-necessary cookies. It is mandatory to procure user consent prior to running these cookies on your website.